The ‘Ffiws’ scheme has arrived in Anglesey to bring life back to our high streets and give people the opportunity to create, repair and grow.

Menter Môn has been working with partners to establish new spaces to create on Anglesey and to offer opportunities to the people in the area.

These spaces are collaborative spaces for making, learning, exploring and sharing that use a variety of technological tools. The type of technology available in these spaces include 3D printers, laser cutters and 3D scanners that will showcase new technology and aim to develop a community of makers across the county.

It will provide opportunities for people to develop new business ideas, work with social enterprises to create volunteering partnerships and skills around repairing and reusing and get communities enthusiastic about creating and making.

Amlwch FFIWS is one of 10 locations being developed on high streets throughout Anglesey and Gwynedd to help revive our towns and is the first of three to be established on the island, and is run by Menter Amlwch. The Holyhead space will open very soon by the end of this month and the Llangefni space will open over the coming weeks.

Dafydd Gruffydd, Managing Director of Menter Môn said – “Menter Môn is delighted to have been able to offer such an exciting opportunity to the town of Amlwch through the creation of Ffiws. We look forward to the benefits that such a space will offer individuals, businesses and social enterprises to not only learn and understand new technology but also have a positive impact on climate change through repairing and reusing.”

He added – “Opening Ffiws on the high street is a very important part of this project. It’s ensuring the revival of our high streets which has already faced a challenging time in recent years, and by establishing Ffiws in the location of the former NatWest bank, it’s ensuring more opportunities for our communities and residents.”

As well as the locations on Anglesey, a Ffiws space has also opened on the high street in Porthmadog.

The spaces and sessions will also include a Vertical Farming experience and a basic introduction to what tools are available and how to use them. The sessions will be run by fully qualified technicians and sessions have already started in Amlwch.

Barry Allsopp is the manager of Amlwch Ffiws, he said – “We at Menter Amlwch are excited to welcome the Ffiws project to our community. Having the support of Menter Mon to create this project is exciting in itself as we see community cooperation vital to support projects such as these”

he added – “Giving the community of Amlwch and surrounding areas access to the Ffiws maker-space will be of great use to them as it will help develop skills they already have as well as learning new skills and ways to repair rather than replace. We look forward to working closely with the other Ffiws spaces on the island and assisting the community in learning new skills that could transfer into business ideas.”

Ffiws maker-spaces are funded by Menter Môn and the Isle of Anglesey County Council through the Circular Economy, and North Anglesey Regeneration Funds.

For more information or to book a session at the venue contact post@ffiws.cymru 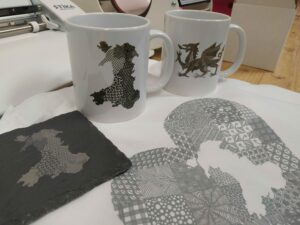 Find out more about what we do...